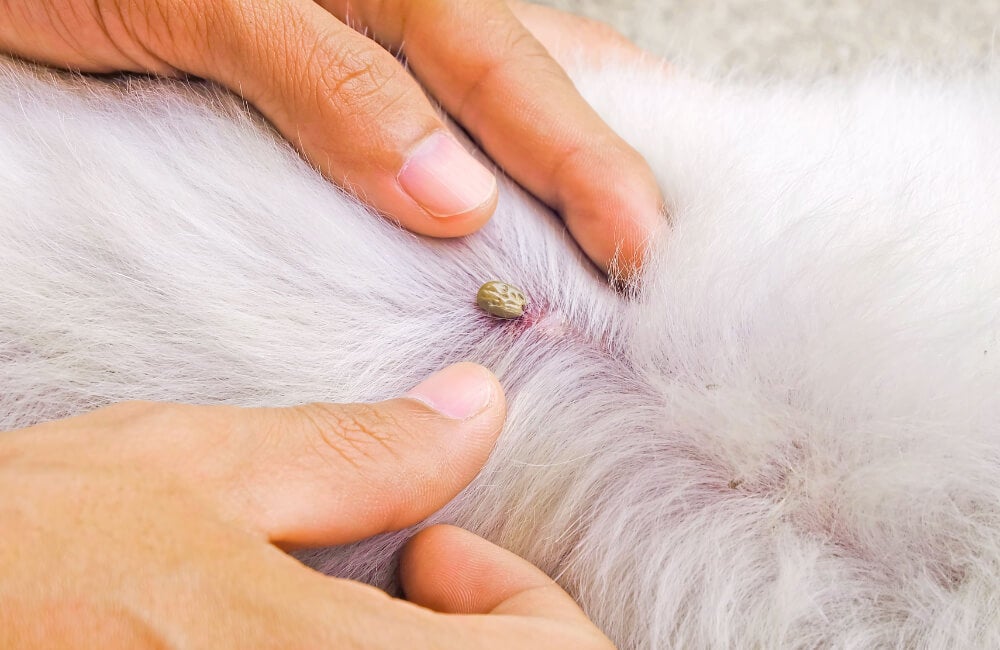 When it comes to their dog’s health, many pet owners tend to overlook skin conditions. Little do they know that skin issues in canines can become serious when ignored and left untreated. This is why it is important to be aware of the different skin problems in pooches so that immediate and proper treatment can be given.

Here are the most common skin diseases in canines, including their causes and symptoms:

As many know, fleas are the most prevalent external parasites found in pooches. So when a flea’s saliva, which contains histamine-like compounds, is injected into a canine’s skin, FAD follows.

Some dogs react to flea saliva within minutes of contact, while others react within a day or two. Luckily, there are several ways to know if your pooch is suffering from FAD:

Also called canine atopy, atopic dermatitis is brought about by the inhalation of environmental allergens such as mould spores, dust mites, pollen, and animal dander. It can also be caused by heredity and may affect several breeds including the Golden Retriever, Dalmatian, and French Bulldog.

This skin condition is the second most common allergy in canines, with FAD being the first. It is present in 10 to 15 percent of pooches, most of which are between one and six years of age. To know if your dog has atopy, here are some symptoms to watch out for:

Also known as canine scabies, this skin condition is highly contagious. It is caused by the Sarcoptes scabie, a parasitic mite that burrows through the skin and feeds on it. It can easily spread from one dog to another as well as be passed to humans.

Symptoms of this skin disease usually appear between 10 and 60 days after contact with an infected dog. Signs of infection include the following:

Skin problems in dogs often go untreated when owners assume that they will go away on their own, during which they can become unsightly and uncomfortable for your pooch. So whether you’re trying to get your pup photo-ready or you’re trying to ease your beloved dog’s discomfort, be sure to keep an eye out for these skin problems so you can take the necessary steps to heal them.

A guide for Adopting a Pet and The Factors to Consider

How to Make Your Home Dog Friendly

Does your dog hate collars? It’s time to wear a dog harness

2 important things to know before giving your pet CBD products

Does your dog hate collars? It’s time to wear a dog…

How to Make Your Home Dog Friendly